where has my money gone 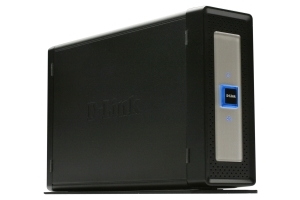 Actually, this was a mistake because what I really wanted was the DNS-323. I just wasn’t careful enough at the time. Quite apart from having space for two 3.5″ SATA hard drives instead of just one, the 323 is a very different beast to its smaller (and much cheaper) sibling.

Martin Michlmayr has a nice guide to installing debian on a 323. Given that the 323 has a faster processor and more RAM than a slug and it can take two internal SATA disks rather than just the external USBs it looks like an attractive option for a new debian based server. Pity then that I bought the wrong one. My excuse is that I thought the only difference was in the disk capacity and I was prepared to settle for just 1TB of store. The (normally reliable) owner of the shop where I bought the beast was also adamant that the disk capacity was the only difference between the two devices. I should have known better than to succumb to what was essentially an impulse buy when I wasn’t really intending to buy a new NAS at the time (I was in the shop for something else and picked up the 313 because I recalled reading Martin’s pages recently).

Once I got the 313 home of course and checked the specs it looked as if I would be stuck with the D-Link supplied OS. However, a bit of searching turned up the DSM-G600, DNS-323 and TS-I300 Hack Forum which has a series of articles on installing debian on a 313 (despite the forum title). A forum contributor called “CharminBaer” has put together a nice tarball of debian lenny which allows the user to replace the D-Link OS without actually reflashing the device. This means that the original bootloader is retained but the device boots into the replacement system on disk. The nicest part of this installation method is that there is almost no risk of bricking the device because the installation simply entails copying the tarball onto the disk over a USB connection, extracting the files and then booting into a shiny new Lenny install. Result.

The tarball can be found here, and the installation instructions are here.