and darkness shall be upon the face of the net

Today, 18 January 2012, parts of the ‘net went deliberately dark in combined opposition to the SOPA (A Bill to:“promote prosperity, creativity, entrepreneurship, and innovation by combating the theft of U.S. property, and for other purposes.” I love the “other purposes” bit.) and PIPA bills currently being considered by the US legislative machinery. These two bills are classic examples of badly thought through legislation developed in response to lobby group pressure to protect an existing business model which is failing. I don’t normally make political comment, but I find myself entirely in agreement with the sentiments expressed on the torproject site this morning.

When first attempting to view the tor site, readers are faced with this: 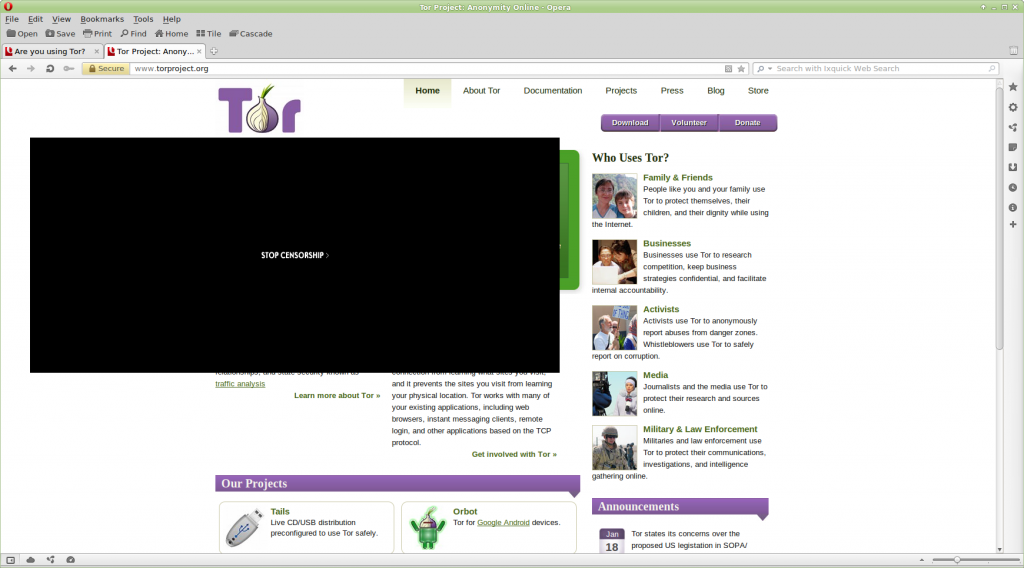 Clicking on the blacked out section you are taken to a copy of the 18 January blog posting which says:

“The Tor Project doesn’t usually get involved with U.S. copyright debates. But SOPA and PIPA (the House’s “Stop Online Piracy Act” and the Senate’s “Protect-IP Act”) go beyond enforcement of copyright. These copyright bills would strain the infrastructure of the Internet, on which many free communications — anonymous or identified — depend. Originally, the bills proposed that so-called “rogue sites” should be blocked through the Internet’s Domain Name System (DNS). That would have broken DNSSEC security and shared U.S. censorship tactics with those of China’s “great firewall.”

Now, while we hear that DNS-blocking is off the table, the bills remain threatening to the network of intermediaries who carry online speech. Most critically to Tor, SOPA contained a provision forbidding “circumvention” of court-ordered blocking that was written broadly enough that it could apply to Tor — which helps its users to “circumvent” local-network censorship. Further, both bills broaden the reach of intermediary liability, to hold conduits and search engines liable for user-supplied infringement. The private rights of action and “safe harbors” could force or encourage providers to censor well beyond the current DMCA’s “notice and takedown” provision (of which Chilling Effects documents numerous burdens and abuses).”

Jimmy Wales, the founder of wikipedia has been a particularly vocal critic of the impending legislation. Today, english speaking users of wikipedia were greeted with the following page: 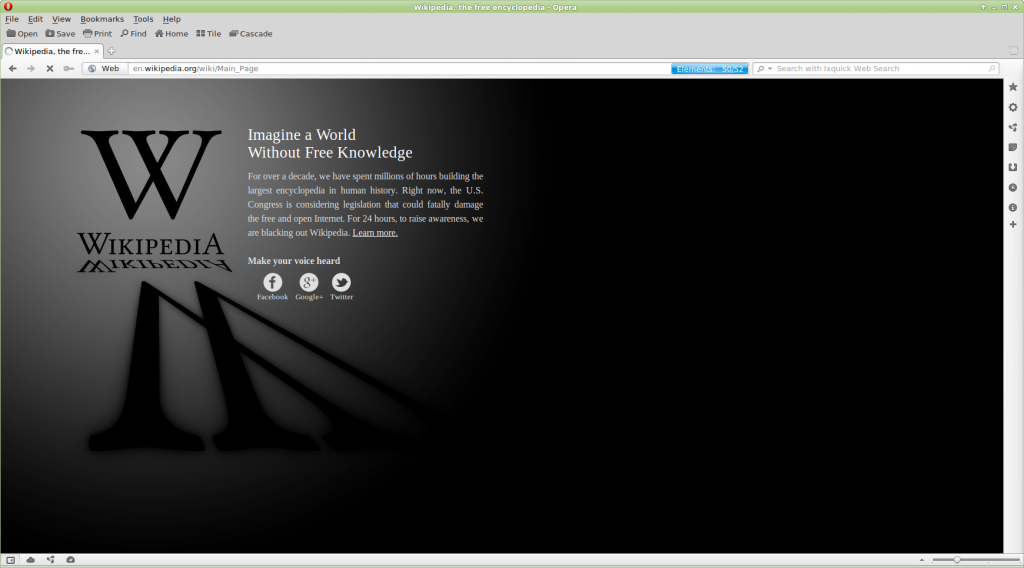 There is plenty of discussion about the effects of SOPA and PIPA on-line in the usual technical fora (see wired, for example) but as El Reg said about a week ago, the mainstream media in the US have been largely quiet about the implications of the Bills should they ever become law.

Permanent link to this article: https://baldric.net/2012/01/18/and-darkness-shall-be-upon-the-face-of-the-net/