TLS ciphers in postfix and dovecot

where are you now?

The ongoing revelations from Snowden continued recently with reporting in the Washington Post about the NSA’s program to track mobile ‘phone location data. Reporting here and elsewhere suggests that the NSA is gathering nearly 5 billion records a day on the whereabouts of cellphones around the world.

That reporting, and its obvious implications, reminded me of the wonderfully graphic reporting in the German newspaper “Die Zeit”‘s on-line magazine, “Zeit Online” some time ago. Zeit reported that the German Green party politician, Malte Spitz, had sued the German telecoms company “Deutsche Telekom” to get them to hand over six months of his ‘phone data. Spitz then gave that data to Zeit Online who combined the geolocation data from the telcom company’s records with information relating to his life as a politician, derived from public information such as his Twitter feeds, blog entries and websites.

The result is quite enlightening. 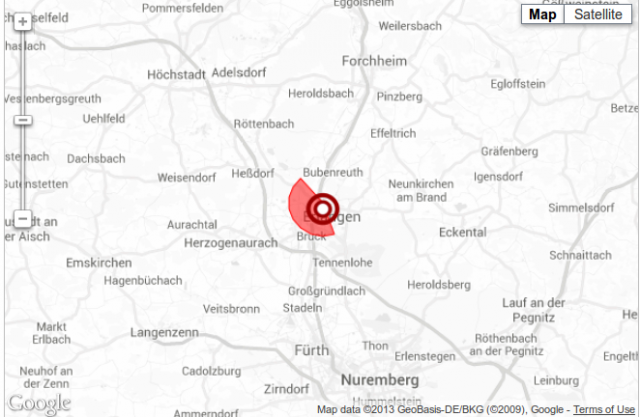 The Zeit graphic published on their website is interactive. It allows you to select any date from 31 August 2009 to the end of the six month data span and then press “play”. As the Zeit says:

“By pushing the play button, you will set off on a trip through Malte Spitz’s life. The speed controller allows you to adjust how fast you travel, the pause button will let you stop at interesting points. In addition, a calendar at the bottom shows when he was in a particular location and can be used to jump to a specific time period. Each column corresponds to one day.”

The corresponding data shown alongside the interactive map gives more detail about what Spitz was likely to be doing in any one location at a particular time. So for example, on Wednesday 2 September at 4 pm, Spitz is shown to be in Berlin, whilst data from his twitter feed says that he was speaking to the Social Network VZ group about data privacy and consumer protection.

Spitz agreed to provide his telephony location data to a third party. You probably didn’t.