the spy in your bathroom

the netbook is not dead

I bought my first netbook, the Acer Aspire One, back in April 2009 – five years ago. That machine is still going strong and has seen umpteen different distros in its time. It currently runs Mint 16, and very happily too.

The little Acer has nothing on it that I value over much, all my important data is stored on my desktop (and backed up appropriately) but I find it useful as a “walking about” tool simply because it is so portable, so it still gets quite a bit of use. I am planning a few trips later this year, notably to Scotland and later (by bike) to Croatia, and I want to take something with me that will give me more flexibility in my connectivity options than simply taking my phone to collect email. In particular, it would be really useful if I could connect back to my home VPN endpoint whilst I am out and about. This is exactly the sort of thing I use the Acer for when I’m in the UK. I (briefly) considered using my Galaxy Tab, which is even lighter and more portable than the Acer, but I just don’t trust Android enough to load my openvpn certificates on to it. There is also the possibility that the Tablet could be lost or stolen (I shall be camping quite a lot). So the Acer looks a good bet. The downside of taking the Acer is the need for mains power (for recharging) of course, but I shall be staying in the odd hotel en route, and I have an apartment booked in Dubrovnik so I figure it should cope. However, I am not the only fan of the Acer – my grandson loves to sit with it on his lap in my study and watch Pingu and Octonauts (parents and grandparents of small children will understand). Given that I recognise that I might lose the Tablet, I must also assume that the Acer might disappear. My grandson wouldn’t like that. So the obvious solution is to take another AAO with me – off to ebay then.

Since my AAO is five years old, and that model has been around for longer than that, I figured I could pick up an early ZG5 with 8 or 16 Gig SSD (rather than the 160 Gig disk mine has) for about £20 – £30. Hell, I’ve bought better specced Dell laptops (I know, I know) for less than that fairly recently. I was wrong. Astonishingly, the ZG5, in all its variants, appears to still be in huge demand. I bid on a few models and lost, by quite some margin. So I set up a watch list of likely looking candidates and waited a few days to get a feel for the prices being paid. The lowest price paid was £37.00 (plus £10.00 P&P) for a very early ZG5 still running Linpus, another Linpus ZG5 with only 512Mb of RAM and an 8 Gig SSD went for £50.00 plus £9.00 P&P), most of the later models (with 1 Gig of RAM and 160 – 250 Gig disks went for around £70 – £90 (plus various P&P charges). In all I watched 20 different auctions (plus a few for similar devices such as the MSI Wind and the Samsung NC10). The lowest price I saw after the £37.00 device was £55.00 and the highest was £103.00 with a mean of just over £67. That is astonishing when you consider that you can pick up a new generic 7″ Android tablet for around £70.00 and you can get a decent branded one for just over £100. And as I said, old laptops go for silly money – just take a look at ebay or gumtree and you can pick up job lots of half a dozen or more for loose change.

So – despite what all the pundits may have said, clearly the netbook as a concept still meets the requirements of enough people (like me I guess) to keep the market bouyant. Intriguingly, the most popular machines sold (in terms of numbers of bidders) were all running XP. I just hope the the buyers intended to do as I did and wipe them to install a linux distro. Of course, having started the search for another ZG5, I just couldn’t let it go without buying one. I was eventually successful on a good one with the same specification as my original model.

The only drawback is that it is not blue….. 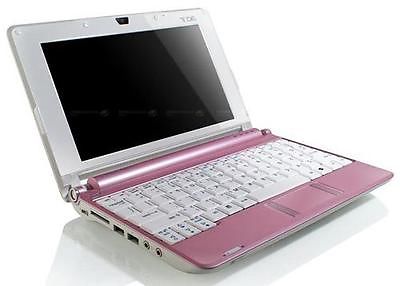 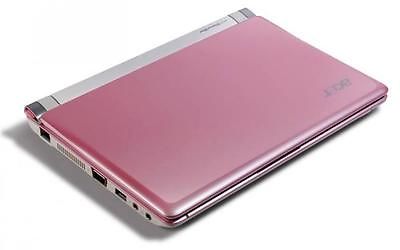 Well, at least I don’t think it will be stolen.