US President Trump has said that refugees and travellers from seven, mainly majority Muslim, countries are barred from entry to the US. Notwithstanding our own dear PM’s invitation to Trump, some 1.2 million brits have so far signed a Parliamentary petition to “Prevent Donald Trump from making a State Visit to the United Kingdom“. 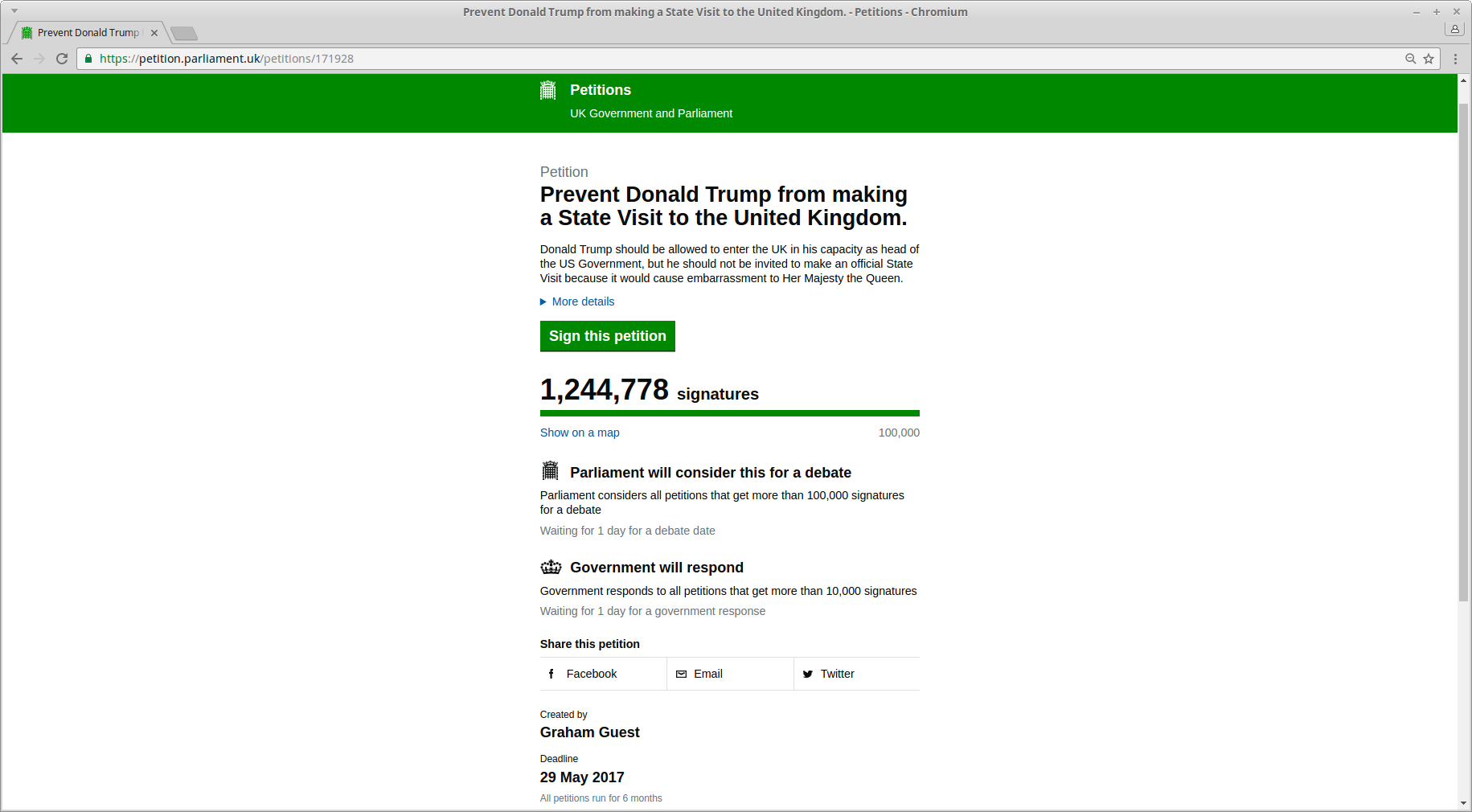 I do not actually agree with the wording of the petition. As a republican at heart I really don’t care whether the Queen would be “embarrassed” by meeting Trump. Besides, she has met many, arguably worse, leaders in her time (think Robert Mugabe, or Nicolae Ceaușescu). The point here is that to extend an invitation to Trump so quickly, and whilst he is advocating such distateful and divisive policies gives the distinct impression that the UK endorses those policies. We do not, and should be seen to be highly critical of those policies. In her visit to the US last week, Theresa May made much of the UK’s ability as a close friend and partner of the USA to feel free to criticise that partner. She has done no such thing. In my view that is shameful.

When I signed the petition there were around 600,000 other signatories. The total is still climbing. That is encouraging. No doubt the petition will be ignored though.

(Postscript. El Reg has a discussion raging about the petition. Apparently I am a “virtue signaller”. Oh well, I don’t feel bad about it. After all, I’m a blogger so by definition I’m already self interested and vain.)