A recent exchange of email with an old friend gave me cause to revisit on-line password/passphrase generators. I cannot for the life of me imagine why anyone would actually use such a thing, but there are a surprisingly large number out there. On the upside, most of these now seem to use TLS encrypted connections so at least the passwords aren’t actually passed back to the requester in clear, but the downside is that most generators are still woefully stupid.

I particularly liked this bonkers example: 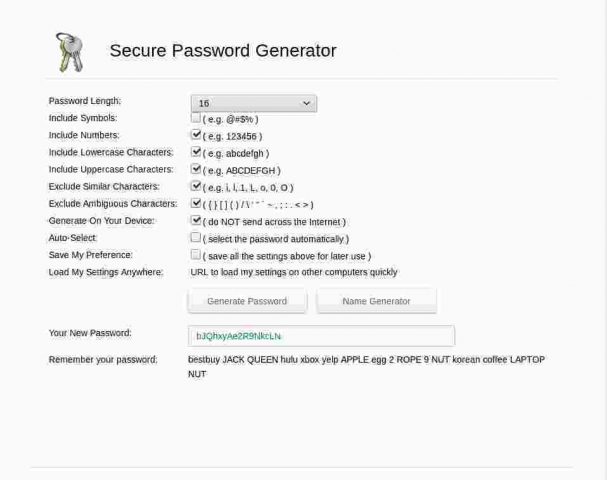 The generator allows the user to select the length of the password together with other attributes such as character set and whether or not to include symbols. For fun I asked it to give me a sixteen character password and it duly generated the truly awful gibberish string “bJQhxyAe2R9NkcLN“. But the best bit was that it attempted to give me a way to remember this nonsense, by generating a further set of garbage:

Forgive me, but that seems rather more difficult to remember than “soldier available cross magnet“.

Permanent link to this article: https://baldric.net/2019/07/15/more-password-stupidity/