it’s not that I’m anti google

Google’s chrome browser first appeared back in 2008, since when many commentators have sung its praises. Apparently it is “blindingly fast” (well, let’s face it firefox can be a tad slow, particularly if loaded down with a swathe of plugins) “clean”, and “simple”. Until recently I had not tried chrome (for some fairly obvious reasons) but I thought it might be interesting to fire up a copy in a VM just to see what all the fuss was about. So I did. And whilst I was doing that I ran tcpdump and etherape to see what was happening under the hood. What I found intrigued me.

First I spun up a completely new clean install of ubuntu in a virtualbox VM. Then I downloaded the latest chrome .deb from the google site and installed it. Before launching chrome for the first time in the guest system I fired up the sniffers in the host system. This is what I found: 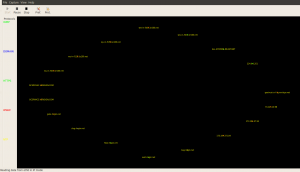 Note that etherape shows five connections which are instantly recognisable as going to google servers (the 1e100.net domain), three to verisign, and a further three to IP addresses with no associated names (these appear to be either youtube or google image cache machines – also owned by google of course). You can ignore the rlogin.net servers, they are all mine.

A quick look at the tcpdump record shows that the verisign connections all check for SSL certificates and/or revocations – perfectly sensible and understandable. But the google connections are less illuminating until you follow the tcp streams. Two of the connections are SSL encrypted so it is not possible to be certain what is carried in them, but they appear to be certificate exchanges (or updates), a third gets a certificate revocation list whilst two more get simple html or xml schema probably associated with building the welcome screen (I didn’t explore in detail). One connection gets a shockwave flash file and two get and set cookies in the youtube domain. At least one of the google connections also gets and sets cookies in the google domain.

Now none of this is inherently suspicious (well, alright, it might be) but the point is that all this happens upon first connection and without reference to the user. And if you don’t want google (or youtube) cookies on your machine you will have to delete them when first you use the browser. I have an instinctive (OK, partly irrational) dislike of software which “phones home” without telling me – and chrome does that on quite an impressive scale. I’m not sure what would happen in prolonged usage of the browser because I wasn’t impressed enough to want to use it in anger.

I’ve trashed the VM of course.