there is no version 7

I prefer the chip wrapper version

After exploring the alternatives to Ubuntu, I finally settled on Linux Mint Debian Edition (LMDE) running Xfce as the desktop. I am now Ubuntu free and have a desktop that looks the way /I/ want it to look rather than the way some design nut wants it to look. I am also hopeful that the desktop will stay that way in future. 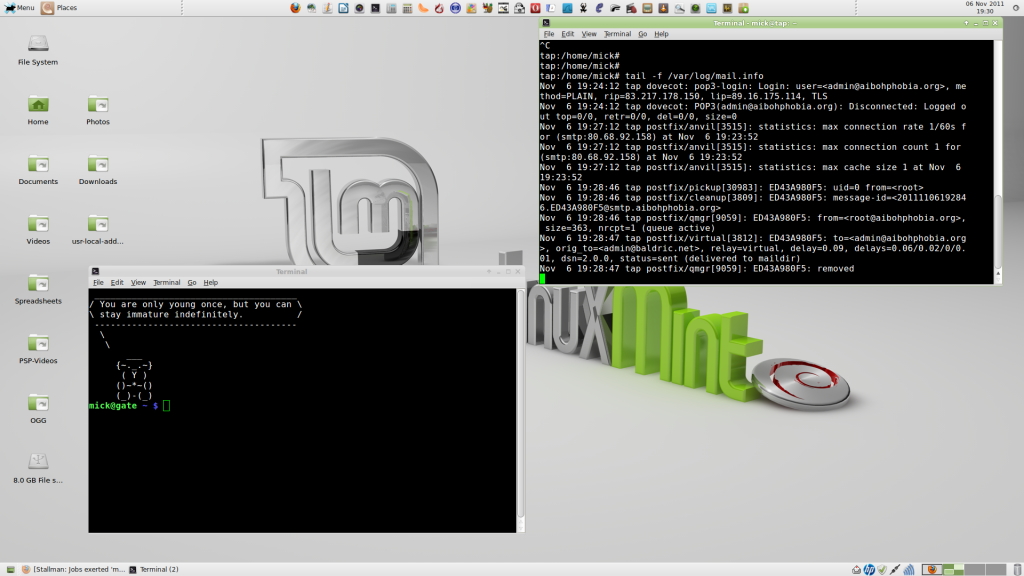 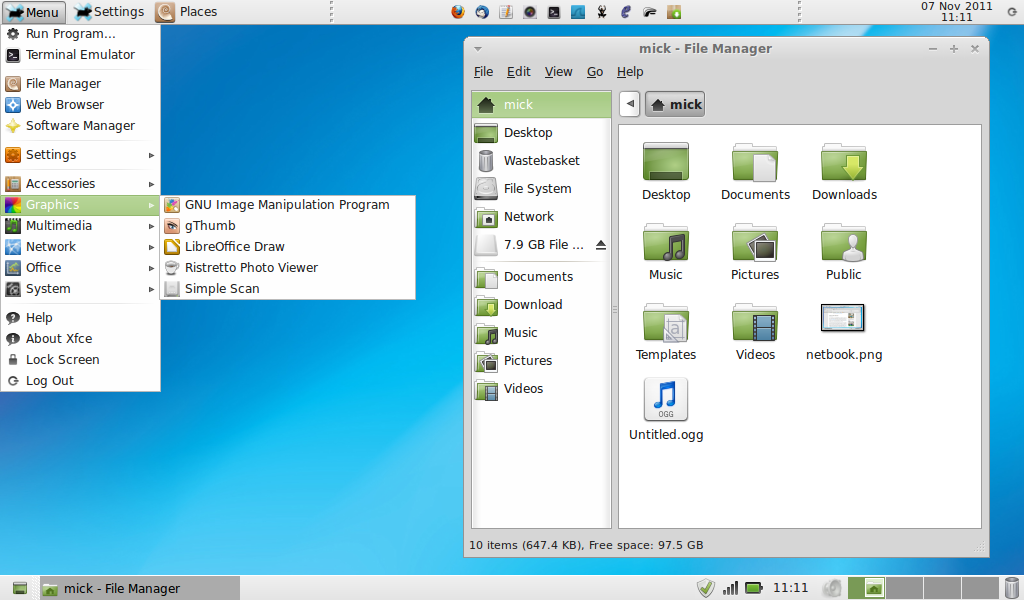 I chose LMDE rather than Xubuntu partly out of pique with the way Canonical is taking Ubuntu, and partly out of a genuine desire to move to a distro which is closer to the ideals of the FOSS community which Ubuntu used to espouse and which Debian always has done. For me, LMDE now offers the best compromise between a truly useable modern desktop (with all that implies for proprietary codecs) and the purity and stability of Debian. I know where things are in Debian and I much prefer the Debian package manager to RPM (which immediately rules out Fedora or SUSE). Having now spent some time playing with Xfce I find myself surprised that I didn’t move to it much earlier. It is clean, relatively lightweight, fast and eminently configurable.

On my main desktop machine (which is running the 64 bit version to take full advantage of the 8 Gig of RAM I have installed) everything works as it should – even the dreaded flash (yes, I occasionally watch youtube). On the netbook (32 bit version) everything except the RHS card reader works. Hot plugging works on the left, and the right /will/ work if there is an SD card in place on boot. (But no, I /still/ can’t read Sony memory sticks. I have sort of given up on that now anyway since I no longer use the PSP to watch videos.)

Now to convert my wife.