getting close to the nsa

Since my last post there have been a couple more entrants to the Tor logo competition. Neither, strictly speaking, meets the original requested criterion that they be suitable for inclusion in Tor Project team presentations, but each has its merits.

The first image below was posted by “David”. I think it captures rather nicely the feeling that Tor is an enabler for freedom in the face of oppressive, and aggressive, surveillance. 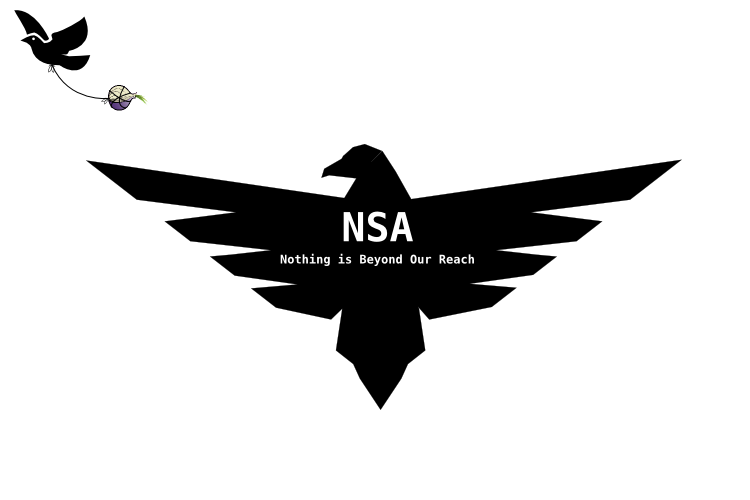 The second image was posted by “grarpamp” who is clearly a freeBSD fan. It is, I agree, somewhat controversial, and it got a mixed reception by list members, some of whom found it deeply offensive. Offensive it may be, but I think the image reflects the sort of antagonism engendered in the community by the reported actions of the NSA. Forgive me, but I found it amusing enough to want to post it here. 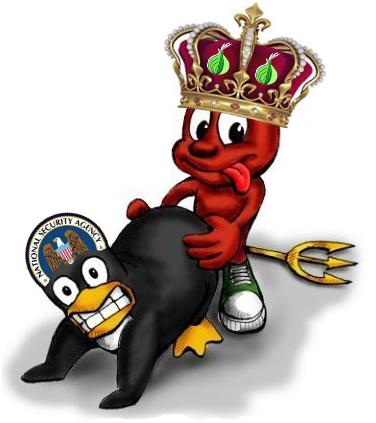 I think it would make a good T-shirt. But I cannot believe it will be used by anyone in the Tor Project team.